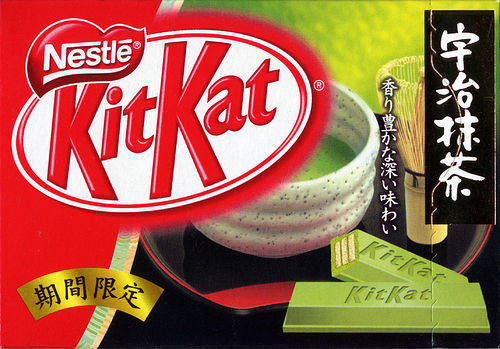 Culture has a great influence on how people communicate and process information. The Japanese culture is clearly steeped in tea.  So how much of a challenge has it been to sell coffee in this country?  In the 1970s Nestlé first asked this question.  They hired Clotaire Rapaille a market researcher and psychologist to help them determine the answer. What Dr. Rapaille found was that the Japanese had no connection or “imprint” to coffee.  Without personal or cultural reference to the product any attempts for Nestlé to sell to adults would likely fail.

So, Nestlé began by introducing coffee flavors in candy for children, to create an “imprint” so later in life these individuals would have a positive emotional response to the idea of coffee.  In 1970 coffee sales in Japan were nearly non-existent; today Japan is the world’s third largest importer of coffee.

Speaking of culture, candy and Nestlé, the BBC reported the popularity of the KitKat bar among college students at exam time.  Was it the green tea or cherry blossom flavor that boosted sales?  Not entirely.  It seems that the name KitKat is close to a Japanese expression “kitto katsu”  meaning “I hope you will win.” and used by students to wish each other luck before finals.

Understanding the culture and the context in which services and products are consumed helps companies be more successful when crossing borders. In the first case it required a long-term approach to create demand. In the case of the KitKat bars, the green tea and cherry blossom flavor made this American treat popular, but it was the language and culture that boosted its short term sales.